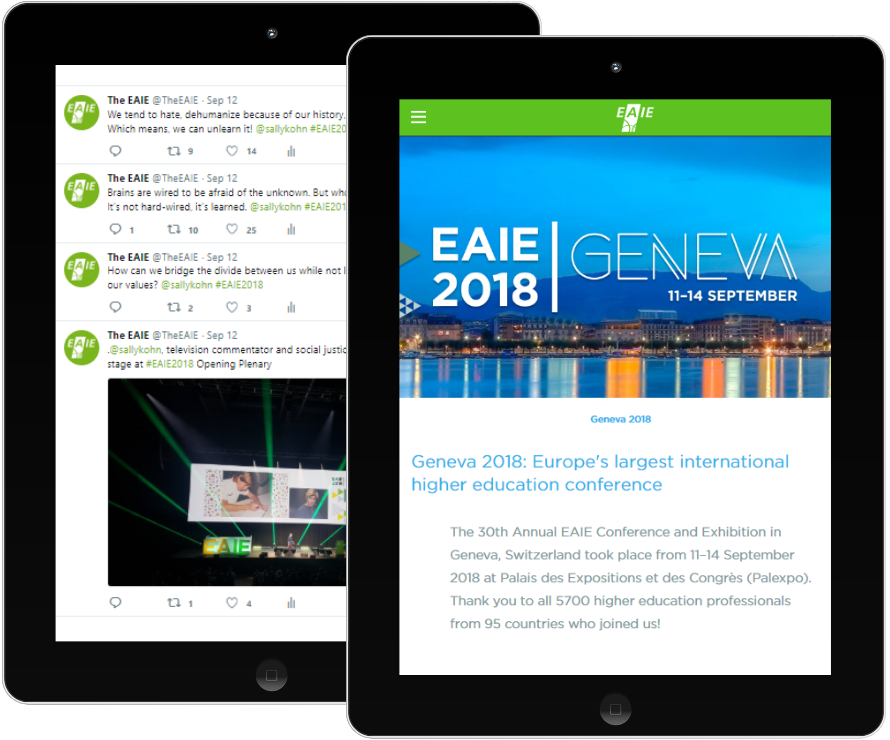 From 12-14 September 2018 I managed the social media coverage of the EAIE Conference in Geneva – Europe’s largest international education conference. The project included promoting key conference content on Twitter, Facebook and LinkedIn and live tweeting from plenaries and key sessions on internationalisation. The plenaries had Sally Kohn, CNN commentator and social justice advocate, and Leo Johnson, Environmental economist, as keynote speakers and attracted thousands of attendees.

Every year, the EAIE Conference brings together over 5,500 higher education professionals to discuss the most current internationalisation topics, foster new partnerships and get inspired by prominent figures in the field. EAIE Geneva 2018 was the fifth EAIE Conference I covered on social media, with the first four being managed in my position as marketer at the EAIE from 2011 to 2016. 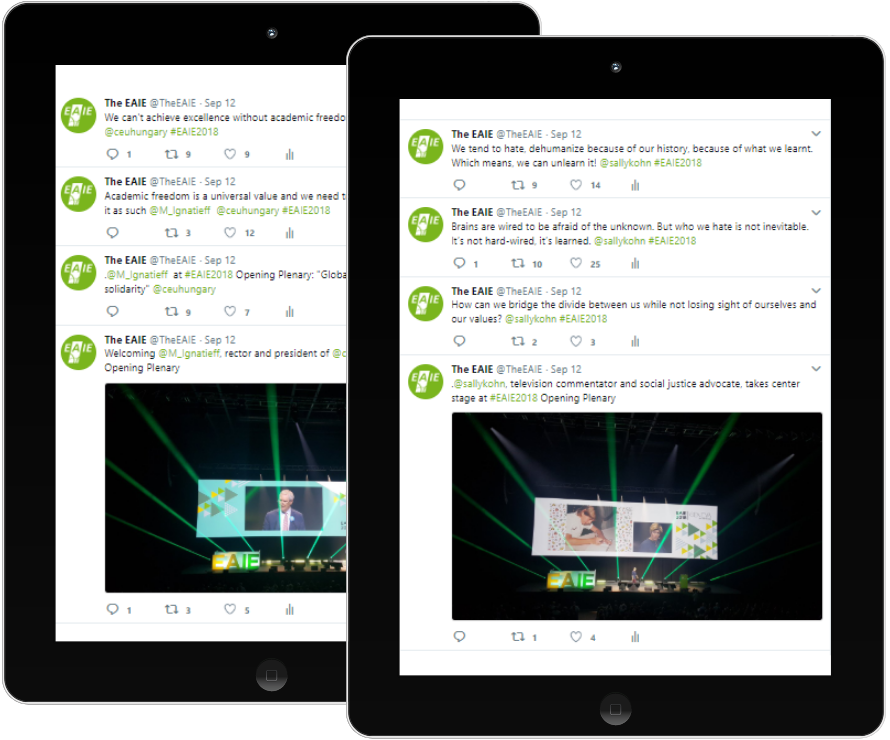 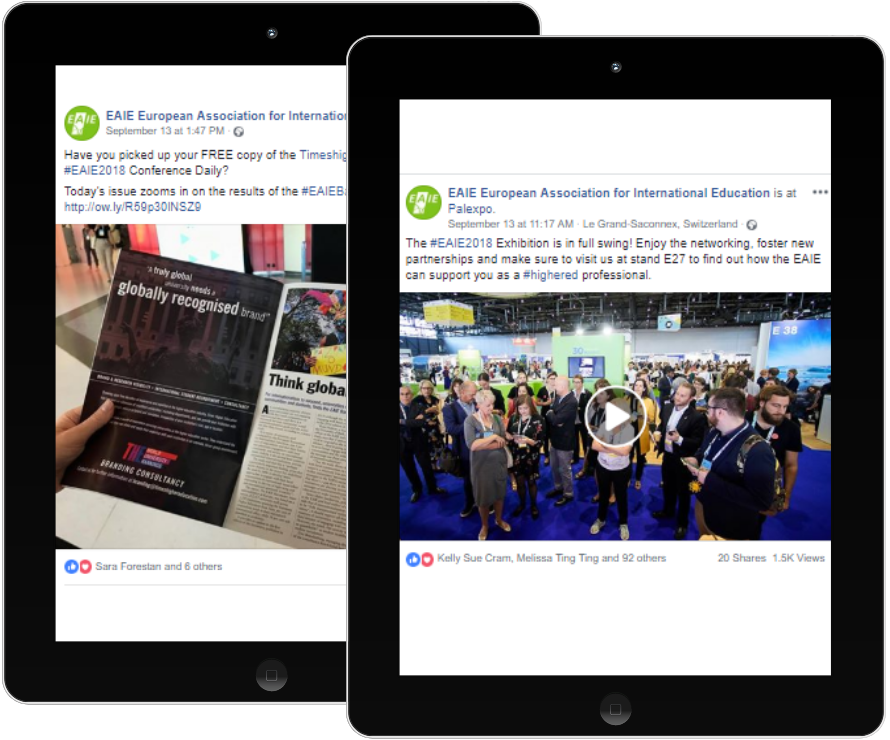